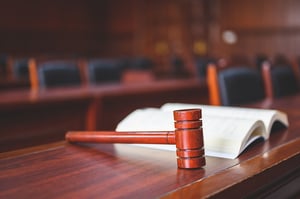 In what is touted as the largest criminal tax matter against an individual taxpayer in the U.S., billionaire Robert Brockman was found competent to stand trial.

Mr. Brockman, 80 years old, has been accused of hiding more than $2 billion in offshore tax havens and foreign bank accounts in Switzerland. Mr. Brockman is the former CEO of Reynolds and Reynolds a software company that delivers services to automobile dealerships. He faces a 39-count indictment with allegations that detail false documents, code names, and encrypted communications. The charges include money laundering, wire fraud, and tax evasion.

In April, attorneys for Mr. Brockman filed documents explaining he continues to decline into dementia. His legal counsel argued that Parkinson’s disease, along with a COVID-19 infection in December 21, had resulted in “acute global cognitive dysfunction.”

As the arguments over Mr. Brockman’s capability of standing trial on the criminal tax charges continued, the IRS has been attaching assets in a separate IRS action. Impacted so far are retirement funds of Mr. Brockman and the balance of a bank account of Mrs. Brockman. The IRS has already placed liens on properties belonging to the couple in pursuit of a $1.4 billion tax lien assessed by the agency.

After eight days of hearings and briefings, a District Court judge ruled against Mr. Brockman in a 42-page opinion. While the judge acknowledged Mr. Brockman is elderly and suffers from Parkinson’s Disease, he also noted “Brockman is also an extremely intelligent person with both a high cognitive reserve and history of malingering for secondary gain.” The judge added, “Brockman’s performance on validity tests—some of them administered by his own neuropsychological expert—indicates that he continues to exaggerate impairment.”

The court cited documents that showed Mr. Brockman was continuing to run Reynolds and Reynolds approximately one year after an examination showed he was incompetent to stand trial. Mr. Brockman resigned his position at the company in November 2020, shortly after he was charged with criminal tax fraud.

Mr. Brockman surely suffers some cognitive impairment, as his attorneys have worked to demonstrate. Given the ruling of the court, it is unclear what legal path lies ahead to further protest the ruling of the court. It is entirely possible the matter will proceed and the criminal defense tax attorneys will turn their attention to mitigating the claims against their client. We’ll keep you posted.