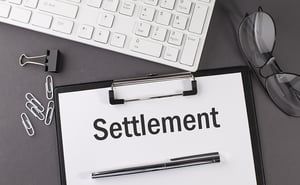 McDonald’s has agreed to pay French tax authorities $1.3 billion to settle civil and criminal cases against the company.

Amazon, Verizon, Google, and McDonald’s have something in common besides being U.S. multinational companies—they each use Luxembourg to reduce tax liability and take advantage of business-friendly financial services.

Like Google, which settled with the French authorities for $1 billion, McDonald's will pay the penalty to settle a long-running dispute about the payment of its tax liabilities. The fine and back taxes paid by McDonald's is thought to be the largest levied on a company in France.

Interestingly, with 1500 restaurants in France, the country represents the second-largest market for McDonald’s, other than the U.S. In 2016, acting on complaints of tax evasion from trade unions, French regulators raided the headquarters of McDonald’s and removed financial documentation. The tax fraud investigation sought to understand if McDonald’s was cooking its books on profits and taxes in order to reduce its overall tax bill. McDonald’s said it was responsible for 25,000 jobs in France and had paid more than €2.2 billion in taxes between 2009 and 2020.

Since then, the tolerance of the European Union to stand by while large multinationals rake in profits but pay their taxes in preferential offshore tax havens, like Luxembourg, has waned. As McDonald’s faced accusations that it was underreporting its profits in France, the company decided to pay the penalty to close the long-running investigation.

As with most governmental inquiries into multinationals and their foreign bank accounts, McDonald’s was allowed to admit no guilt in the deal. A spokesperson for McDonald’s said, “It’s a judicial agreement to avoid a trial, which is a lengthy and inevitably uncertain process.”

According to an article in The New York Times, the president of the Service Employees International Union had a different opinion, noting, "McDonald’s relies on a business model that exploits stakeholders across its system — from workers to taxpayers to consumers to franchisees. This historic fine by the French government is proof time is past for McDonald’s to become a responsible corporation that engages with workers and others instead of wringing every last ounce of profit from them.”

Although global tax evasion remains rampant, regional willingness to pursue corporations raises awareness of the problem in the EU and around the world.

if you receive an IRS audit letter or are challenged by a tax controversy in Cleveland, Chicago, or elsewhere, the tax attorneys at Robert J. Fedor, Esq., LLC can help. We deliver seasoned, strategic criminal tax defense. Call us at 800-579-0997 or contact us online.