Google loses its Appetite for the Double Irish, Dutch Sandwich 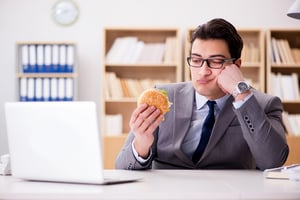 With the writing on the wall, Alphabet is giving up its “Double Irish, Dutch sandwich.”

Most people understand that we are not talking about an offering in the trendy Google café, but a highly profitable—and controversial—tax arrangement from which Google has benefitted for years.

Named for the use of multiple subsidiaries created under Irish and Dutch law, Google has enjoyed reportedly single-digit taxation on profits earned outside the US.  The scheme allows a company to transfer revenue from an Irish company to another Irish-registered subsidiary in an offshore tax haven through a company registered in the Netherlands.  Dutch law allows movement of profits from the Irish company to the Irish subsidiary in sunny Bermuda without incurring withholding taxes.  Thus, an Irish subsidiary on either side with a Dutch company in the middle—the “Double Irish, Dutch sandwich.”

Ireland, for years a go-to jurisdiction for multinational companies hoping to avoid big tax bills, has responded to EU pressure for its practices.  At the same time, the Organisation for Economic Co-operation and Development (OECD) is turning up the heat as it evaluates tax regulations that would require large companies like Google, Merck, Facebook, and Amazon to pay taxes where their profits are earned—rather than running them through a jurisdiction with artificially low tax rates like Ireland.

With this background in mind, it is not surprising to learn Google is moving away from its old tax practices.  While Google has profited enormously from the arrangement, increasing pressure from abroad, along with a reduced corporate tax rate stateside, drove the change.  According to The Guardian, Google notes, “A date of termination of the company’s licensing activities has not yet been confirmed by senior leadership, however management expects that this termination will take place as of 31 December 2019 or during 2020.”

While the Double Irish is legal, EU countries have pursued Google and other multinationals for what they see as tax fraud or tax crime, even as the corporations have claimed to pay their full tax liability under the law.

The argument here is the difference between avoiding and evading taxes.  Google appears to be taking steps to end that conversation.

From offices in Cleveland and Chicago, the skilled tax lawyers at Robert J. Fedor, Esq., LLC help you handle concerns about foreign bank accounts, IRS tax audits, or other tax controversy.   When you need experienced legal advice, contact us or call 800-579-0997.