The Professor, the False Tax Return, and that Second Gig in China 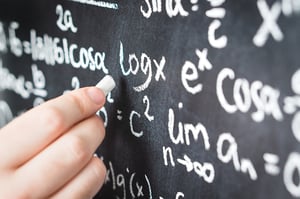 A nanoscientist with a yen for the good life is facing a world of trouble for not disclosing his professional ties with China.

It is no secret that US research and development has been finding its way into Chinese hands for at least a decade. From R&D exfiltrated out of cyber backdoors to researchers turning over valuable data from vaunted academic and other research institutions around the country, China has handily taken advantage of American ingenuity. In recent years, the government has taken steps to stem the brain drain.

One such case led to Harvard, the oldest university in the US. Early this year, Dr. Charles Lieber, the Chair of Harvard’s Chemistry and Chemical Biology Department, was charged with activities to aid the People’s Republic of China.

According to the Department of Justice (DOJ), Dr. Lieber accepted an offer to become a “Strategic Scientist” with the Wuhan University of Technology in 2011. From 2012 to 2017, Dr. Lieber is alleged to have taken part in the “Thousand Talents Plan,” a Chinese recruiting program intended to attract high tech, high value talent to China for the purposes of economic, military, and scientific benefit. According to the DOJ, this type of program is commonly used to pay participants to deliver proprietary information to the Chinese government. Financial payments, as bribes or “salary,” can be used to compromise ranking scientists and other intellectuals into providing protected information to the Chinese government.

For Dr. Lieber, the venture was profitable. For a three-year contract, Dr. Lieber was paid $50,000 (USD) per month, along with $158,000 in living expenses. He was also paid $1.5 million to establish a research lab at the university.

Problems began for Dr. Lieber when he denied to the Department of Defense that he had been invited to participate in the Thousand Talents Plan. The government also reports he misled Harvard about his involvement by telling them that he had never been associated with the Chinese program. Ultimately, the discrepancies in his story led to charges this summer.

Readers in this space will not be surprised to learn that, in addition to “making a materially false, fictitious and fraudulent statement,” Dr. Lieber was charged with filing fraudulent income tax returns and failing to report his Chinese bank account. No matter how and where the largesse is earned, there is going to be trouble if even ill-gotten gains are not reported and an appropriate FBAR filed.

In October, Dr. Lieber filed suit against Harvard alleging the institution should have paid his legal expenses to defend him from charges based on relationships he apparently did not report to the school. It will be interesting to see where this one goes.

Knowledgable tax defense if you face allegations of tax crime

If you are involved in a tax controversy or are facing a criminal tax investigation, talk to our legal team. The tax attorneys at Robert J. Fedor, Esq., LLC provide dedicated legal representation for local, domestic, and international tax issues. Call 800-579-0997 or contact us today. We have offices in Cleveland and Chicago.