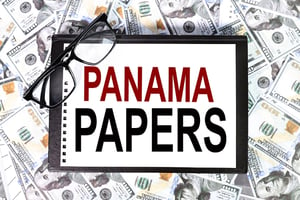 Two principals of the defunct law firm behind the notorious Panama Papers scandal sued Netflix for its allegedly defamatory depiction of them in the movie, “The Laundromat.”

Once upon a time, Jurgen Mossack and Ramon Fonseca founded a large Panamanian law firm that became known for its global tax services. Serving well-heeled clientele around the world, Mossack Fonseca was a top player in financial services involving offshore tax holdings. The firm and its tax attorneys helped citizens of many countries avoid paying taxes on their wealth by creating more than 200,000 opaque shell companies to hide the lucre.

Then one day, the law firm suffered a devastating data leak to a German newspaper. The newspaper turned the data over to the International Consortium of Investigative Journalists (ICIJ), and the scandal known as the Panama Papers was born in 2016.

The ensuing reports from the ICIJ sparked investigations of tax fraud, money laundering, and exploration of the foreign bank accounts of the rich and almost rich around the world. Politicians were toppled, celebrities embarrassed, and corporations nervously and discreetly reached out to their tax lawyers. By 2019, 23 countries had recovered more than $1.2 billion in back taxes.

In early 2018, Mossack Fonseca ceased business, its reputation irreparably damaged by the leak that revealed the extent of its talent for tax evasion.

By 2019, American filmmakers released the movie, The Laundromat, a send-up of Mossack Fonseca and its penchant for shell companies. At about the same time the movie was to be released for streaming, Mossack and Fonseca filed suit in Federal District Court in New Haven seeking to stop the release. Their objection was based on a claim of defamation, noting the film depicts the pair as uncaring, criminal, and unethical.

In the end, the Court found the plaintiff’s “fail to demonstrate a reasonable probability that the film includes assertions of fact regarding plaintiff’s that are false or create false impressions regarding plaintiffs.” The Court also protected the First Amendment right of free speech of the filmmakers.

The film itself received mixed reviews and was by no means a blockbuster. One has to wonder if Mr. Mossack and Fonseca understood that bringing their legal action may have served only to prolong their exposure on an unflattering world stage.

Investigations borne of the Panama Papers continue, and attorneys for Mossack Fonseca note the gentlemen are considering their options for appealing the ruling against them.

With offices in Chicago and Cleveland, the legal team at Robert J. Fedor, Esq. LLC provide aggressive representation for clients throughout the USA and globally. We offer strategic solutions to tax challenges including criminal tax charges, IRS audits, and payroll tax issues. To learn more or to schedule a free consultation, call 800-579-0997 or contact us to schedule a free consultation.