What is the Grey List and How Does it Relate to Tax Fraud? 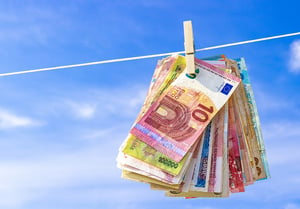 Pakistan remains on the grey list of the Financial Action Task Force (FATF). What is the “grey list” and why does it matter?

The FATF was established in 1989 at a Paris G7 Summit meeting. FATF is concerned with money laundering and the social, financial, and criminal ills that precipitate from secret money washing though the global economy that finances terrorism, corruption, and global crime. FATF is an intergovernmental agency representing 37 jurisdictions. The organization is currently headquartered in Paris.

FATF is not an enforcement agency, but rather sets regulatory and compliance standards as well as acting as a watchdog for jurisdictions that either misuse the global financial system, or that remain out-of-step with objectives for bettering financial transparency in the international market. The so-called FATF “black” and “grey” lists stem from this mandate.

In December 2020, the Bahamas moved off the grey list. Pakistan was hoping to do the same, but the body elected to leave Pakistan on the grey list until the next meeting in June 2021. Pakistan has moved onto and off the list three times in the last 12 years.

Through FATF initiatives, awareness of global money laundering, opaque foreign bank accounts, and global tax crimes has increased. A position on the Initiative lists of FATF makes global commerce more difficult for countries jockeying for space in the worldwide market.

No one knows how much money flows away from tax jurisdictions each year. Rough estimates run between USD 590 billion and USD 1.5 trillion. That is a lot of good money going to bad use.

Protect your wealth with appropriate compliance and legal advice

The tax group of Robert J. Fedor, Esq., LLC works with clients facing criminal tax charges, or seeking experienced tax advice to grow their business or personal wealth. From offices in Chicago and Cleveland we work with clients to find smart strategies. Take advantage of a free consultation with our tax attorneys. Call 800-579-0997 or contact us today.