A Bit of the Shine is off Golden Passports 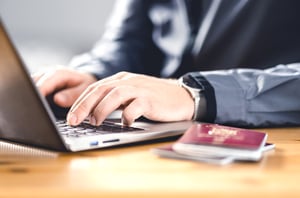 “Citizenship for investment,” does the term sound familiar?  The EU is cracking down on tax havens that put a price tag on citizenship.

Money travels around the globe by many means.  Sometimes it is legitimate investment and a lot of the time it is not.  Whether through a flag of convenience or a golden passport, countries that market citizenship are looking to build their tax base in return for rock bottom taxes and opaque financial reporting.  These types of tax havens deprive legitimate tax jurisdictions of due taxes and contribute to the global money laundering.

Maintaining funds in offshore tax havens is not by itself a tax crime in the US.  For American taxpayers, it becomes a problem if there is a failure to file an FBAR or other tax return on money held in foreign bank accounts.   As tax attorneys, we work routinely with individuals and corporations to reduce tax liability using legal tax havens and other tools.  Overall, we rarely get pushback on counsel that it is good to avoid prison, penalties, and probation.

Some of the big offenders in the citizenship for sale business include the Barbados, Cayman Islands, Cyprus, Malta, and Spain.  Let’s not forget that the US and Canada both offer a route to citizenship for investors with enough money.  In the US, the EB-5 visa opens the door to foreign investors willing to establish and fund a “commercial enterprise” as defined by US Citizenship and Immigration Services (USCIS).

Abroad, there are recent signs that the EU is working to take some of the luster off golden passports.  In late 2019, Cyprus terminated the citizenship of 26 people who had obtained the privilege through investment.  One of those was Oleg Deripaska, a Russian oligarch whose involvement with so-called “sanctions” by the US government actually resulted in his ability to erase millions in debt.

In December 2019, the European Central Bank requested that the largest financial institution in Malta take steps to examine and rein in its cash for citizenship program.  Investors could drop roughly $1 million in the country to obtain citizenship that offered privileges that stretched from Malta into other EU states.

How much impact these actions have on stemming global tax fraud is unclear.  Cash in hand remains a very powerful inducement.