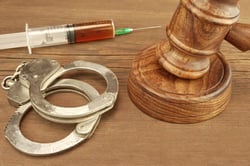 An Alaskan oncologist is facing some severe charges stemming from filing false tax documents, making false statements, taking inappropriate tax deductions, and obstruction charges. He also established a non-profit that used to fill his personal collection of fossils, rare books, and more. The United States Department of Justice gives us the full account:

Larry Lawson was an oncologist who practiced under Midnight Sun Oncology Inc., an Alaskan business corporation. The superseding indictment alleges that Lawson attempted to evade his 2009 through 2012 individual income tax liabilities by filing false tax returns, for both individual and corporate income, that falsely claimed, among other things, charitable contributions. The superseding indictment further alleges that Lawson made a false statement to an Internal Revenue Service (IRS) agent during an audit of his 2009 and 2010 individual income tax returns by stating that he did not receive any items or property in return for money contributed to a non-profit Arizona corporation during those years. According to IRS rules and regulations, if an individual receives a benefit or items or property as a result of making a contribution to a qualified organization, the individual may deduct only the amount of the contribution that exceeds the value of the benefit or items or property received.

Lawson was also charged with one count of obstructing and impeding the internal revenue laws. The superseding indictment alleges that Lawson created and used nominee entities to conceal his individual income. It further alleges that he created From the Vault Inc., a not-for-profit Alaska corporation, that he used as a nominee primarily to acquire and maintain his own personal collection of fossils, dinosaurs, maps, rare books, rare manuscripts, and related material.

An indictment is only a charge and is not evidence of guilt. A defendant is presumed innocent and is entitled to a fair trial at which the government must prove guilt beyond a reasonable doubt.

If you are facing criminal tax matters, the expert IRS tax lawyers at Robert J. Fedor, Esq. can help.  Get started with the experienced team today, with tax attorneys in Chicago and Cleveland, they have represented clients in approximately 45 states and 15 countries in tax evasion matters.