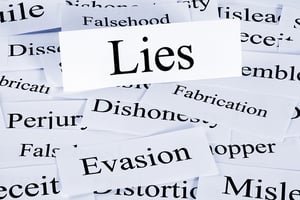 In our continuing countdown of the top five list of high-profile and prominent investigations by the Criminal Investigation Division (IRS-CI) in 2020, we bring you number three. This is the tale of a gentleman whose tangled web of dishonesty earned him an enhanced sentence to consider his deeds.

Just say "no" to money laundering

At the tender age of 27, Mr. Jonathan Jacome was hip deep in some serious tax crime. Mr. Jacome was the mastermind of a sophisticated scam that broke more than a handful of tax laws. The deal went like this—Mr. Jacome and his counterparts (including his wife) used stolen identities to file false tax returns. Based on the returns filed in 2011 and 2012, the crew garnered more than $7.7 million in tax refunds.

What to do with all those checks? Mr. Jacome went into business for himself. Opening three check cashing businesses, Mr. Jacome laundered the Treasury checks through his operations into accounts controlled by his cohorts.

At this point Mr. Jacome and crew were in pretty deep. Had they stopped short and made a beeline for an experienced criminal tax defense attorney, the story might have ended differently. But if they had—they would not have ended up as the third most notorious investigation carried out by CI last year.

Eventually, Mr. Jacome became aware that the IRS was conducting a criminal investigation. Here was another opportunity to get legal help. Instead, Mr. Jacome collaborated with his fellow defendants to provide false testimony to the grand jury empaneled in 2017 to investigate the scheme. Part of the bogus testimony was intended to hide evidence of the tax fraud and conceal the fact that Mr. Jacome used part of his ill-gotten gains to buy a house in Mountain Top, Pennsylvania. Both of his counterparts (including his wife) later faced charges of perjury and obstruction precipitating from the bogus testimony they provided to the grand jury.

Not surprisingly, the grand jury returned charges of tax fraud, aggravated identity theft, obstruction charges, and money laundering. According to the Department of Justice, the maximum penalty for the collection of crimes is about 183 years in prison.

As part of a guilty plea to a single count of money laundering conspiracy, Mr. Jacome admitted to undertaking bank fraud, wire fraud, and theft of public money. Citing the scope of the criminal activity and the relentless dishonesty shown even after Mr. Jacome was arrested, the judge in the matter sentenced him to 169 months in prison—about 14 years. Of course, he still owes the $7.7 million and will lose associated property.

While interesting, there is an underlying point to each of these narratives. At several points along the road, each scamster had a chance to take a different path. It is not hard or uncommon to make some poor choices for financial gain.

Make the better choice. Contact an experienced lawyer focused on tax crime and learn about options and actions you can take on your behalf to avoid an outcome like that to be lived out by Mr. Jacome.

For skilled legal advice if you are concerned about allegations of tax crime, or a payroll tax issue, the legal team at Robert J. Fedor, Esq, LLC can help. Serving clients in Chicago and Cleveland, contact us today at 800-579-0997.