Billionaire Tax Avoidance and How That Happens 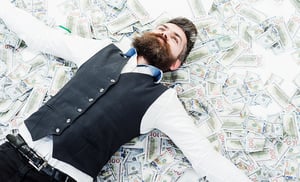 It is no secret that the ultra-wealthy generally make use of tax-avoidance strategies. Paying less tax means more wealth accumulated. Recent information leaked from offshore tax havens reveals some of the ways the wealthy keep their money in the family and away from the U.S. Treasury.

Despite recent interest rate hikes and lost stock value, the ultra-wealthy remain in good condition in the U.S. A report from Inequality.org, an initiative of the Institute for Policy Study, suggests billionaires in the U.S. have seen a 50 percent increase in asset value since March 2020, the outset of the pandemic. While some of the very wealthy are investigated for tax fraud, many are using perfectly legal methods to protect their wealth.

A bill known as the “Billionaire Minimum Income Tax Act” was introduced in Congress in the summer of 2022. The bill would require households with over $100 million in worth to pay a minimum 20 percent tax on their full income. Upon introduction, Congressman Steve Cohen remarked, “It is time that billionaires chip in like everyone else to pay at least a base level of taxes. There is tremendous public support for this proposal, which will close loopholes in our tax code and ensure billionaires pay a fairer share. It's time to make the tax system fair."

While unlikely to be signed into law, the bill does highlight growing restlessness in the U.S. as the rich get richer—and the less rich pay tax.