DOJ Extracts Another $400 million from Swiss Banks for Tax Fraud 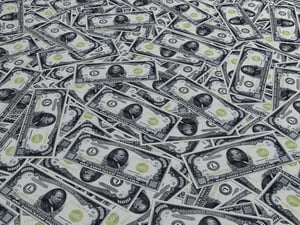 Allegations of tax fraud, non-disclosure of assets in foreign bank accounts, and tax crime form the basis of agreements between the Department of Justice (DOJ) and three Swiss banks.

Check the math.  During the months of December 2019 and January 2020, the DOJ announced three Swiss banks, respectively, will pay penalties of $187 million, $27.9 million, and $192.35 million.  That is an impressive payday for any governmental agency.

What is the DOJ Swiss Bank program?

Initiated in 2013, the Swiss Bank Program is a deferral program of the DOJ that works with Swiss Banks to find solutions to past (and sometimes current) offshore tax behavior involving American citizens.  The DOJ has entered into a long list of agreements with banks to allow them to avoid more serious charges of criminal tax crime.  Oftentimes, banks failed to report accounts and actively helped US entities or citizens avoid their tax responsibilities.

In the matters of Union Bancaire Privée, Coutts & Co Ltd., and HSBC Switzerland, the DOJ is creating first time agreements as well as addendums to existing agreements under the Swiss Bank program.

In its agreement with the DOJ, Union Bancaire Privée, a bank with primary offices in Geneva, admitted that it participated in the tax evasion activities of US citizens and agreed to pay $187 million for its behavior.  Acting Assistant Attorney General Caroline D. Ciraolo did not hold back when she noted, “Today’s agreement marks the final resolution with UBP, which acknowledges its role in conspiring with U.S. taxpayers to evade U.S. tax through an array of sham entities, structured transactions, nominees and bank services designed to disguise the true ownership of foreign accounts and other assets.”

Adding an addendum to an earlier agreement, Coutts, headquartered in Zurich, admitted there were additional accounts not disclosed in its original agreement with the Swiss Bank program made in December, 2015.  The bank originally paid $78,484,000 for undisclosed assets.  Under the new agreement, Coutts will pay over another $27.9 million.

Based in Geneva, HSBC Private Bank signed a deferred prosecution agreement with the DOJ that will result in overall payment of penalties and forfeitures of $192.35 million.  Noted Acting Deputy Assistant Attorney General Stuart Goldberg, “HSBC Switzerland conspired with U.S. accountholders to conceal assets abroad and evade taxes that every American must pay.”  The DOJ reports HSBC Switzerland admitted to conspiring with US clients to defraud the US of taxes, commit tax evasion, and file false income tax returns. Ouch.

Each bank is held accountable going forward and will see their agreements revisited if further criminal tax charges are alleged.

The Swiss Bank program has pretty much ended the “secret Swiss bank account,” while working to deter future money laundering through Swiss outlets.  While much of that money has gone to sunnier and now more secretive offshore tax havens, the IRS continues to pursue the taxpayers behind the numbered accounts.

And remember, if you get a letter from the IRS concerning an offshore account, talk to a reputable tax lawyer before responding to the IRS.

Locally and internationally, Robert J. Fedor, Esq., LLC delivers decisive strategies and solutions for persons or entities facing tax controversy, criminal tax audit, or other tax question.  With offices in Chicago and Cleveland, we have experience with the tax problem you face.  Contact us or call 800-579-0997 today.