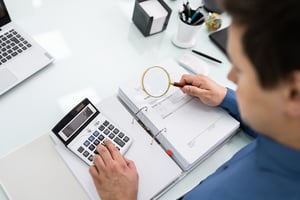 Taylor Lohmeyer is going to have to give up the goods. Or, at least that is the latest from a federal appeals court in a matter involving the Internal Revenue Service (IRS).

Taylor Lohmeyer is a white-shoe estate planning, probate, and tax law firm with a legacy stretching back to the 1900’s. Embroiled in an IRS criminal tax investigation, the law firm pushed back hard against demands (a summons) by the IRS for information related to its clients who opened and maintained foreign bank accounts between 1995 and 2017.

Readers of this space are familiar with the dodges and debacles in which otherwise well-meaning taxpayers attract the attention of the IRS. Difficulty can arise when offshore tax jurisdictions beckon in a way that not only protects wealth—but shelters it from legitimate taxes. Banking giants and law firms around the world are feeling the heat from tax authorities, and Taylor Lohmeyer is no different.

In the Taylor Lohmeyer matter, the IRS served a “John Doe summons” upon the firm. A John Doe summons is a tool available to the IRS that allows them to serve a request for information on defendants who are not yet named.

In this case, the IRS seeks to expand upon an earlier criminal tax investigation into a client of the firm. In the earlier matter, the defendant admitted that the law firm had helped him to avoid a $2 million tax bill through the structuring of his offshore accounts. In the present case, the IRS is hoping to use the John Doe summons to obtain a clear view of firm clients that may have committed the same type of tax fraud. In response, the law firm filed a motion to quash the summons arguing that the agency was not legally entitled to the information due to attorney-client privilege. The records are estimated at about 32,000 pages. The IRS did not agree.

In a decision in May 2019, the US District Court for the Western District of Texas found in favor of the IRS, granting its petition to enforce the summons. On appeal, the United States Court of Appeals for the Fifth Circuit affirmed that finding in April 2020, placing Taylor Lohmeyer in a decidedly sticky wicket.

The IRS aggressively pursues US taxpayers who use offshore tax shelters and shell companies to hide wealth otherwise subject to US tax law. As noted by the Department of Justice in this matter, “This action is part of ongoing efforts by the United States to stop persons from using foreign financial accounts and entities to evade taxes. Courts have previously approved John Doe summonses allowing the IRS to identify individuals using offshore accounts to evade their U.S. obligations.”

The next move belongs to Taylor Lohmeyer.

With offices in Chicago and Cleveland, the legal team at Robert J. Fedor, Esq., LLC help clients respond to allegations of offshore tax improprieties or tax crime. When you need experienced legal advice locally or abroad, call 800-579-0997 or contact us.