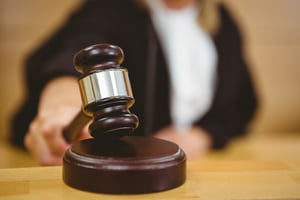 A one-time campaign advisor to President Donald Trump faced federal heat on 18 counts in a Virginia courtroom.  A major contributor to his woes?  Tax fraud and unreported offshore tax holdings.

The tax controversy swirling around Mr. Manafort formed the foundation of charges brought against him as a result of an investigation led by special counsel Robert S. Mueller. As the trial of Mr. Manafort passed, the prosecutor and the press remained focused on the gritty details of a once successful businessman whose fortunes took a downturn. The ultimate result:

Like many, Mr. Manafort played hide-and-seek with his assets, filed fraudulent tax returns, and hunted for the next big thing to fuel his brand and his lifestyle.

Far from the confines of the courtroom, the Seychelles are an island chain off the coast of East Africa known for lax tax regulation. Add Cyprus, the Grenadines, and St. Vincent, and you have a short list of some of the locations through which Mr. Manafort and his associates are suspected to have deftly laundered and secreted their money.

As tax attorneys working routinely with offshore tax issues, we have previously discussed that tax shelters are an often useful, important tool for financial management and building wealth.  When secrecy jurisdictions are involved, the scheme can quickly take on implications that are ripe for an IRS criminal tax investigation—such as what occurred with Mr. Manafort.

To avoid an IRS audit, or charges of tax fraud, those who hold valuable assets in foreign bank accounts or other entities are obliged to submit regulatory filings like the FATCA and the FBAR.  These reports define where and how assets are held, who holds them, and their worth.

Along with drawing back the curtain on otherwise veiled monies, these taxpayer regulatory filings are also used by the IRS in comparison with reports from foreign holding agencies that are obliged to report the foreign accounts of US citizens to the IRS.

Along with a number of other tax crimes, Mr. Manafort seems to have glossed over the important task of reporting his offshore holdings—even when asked.

At tax time, accountants are bound to discuss the presence of offshore holdings with the clients whose returns and filings they prepare.  Courtroom testimony by Mr. Manafort’s bookkeeper, Heather Washkuhn, revealed that she had no knowledge of the substantial offshore holdings of Mr. Manafort.

Even more damming were statements by the tax accountant who had handled Mr. Manafort’s tax filings for years.  Phillip Ayliff testified that he routinely provided Mr. Manafort the means and the opportunity to discuss and report his offshore holding accounts about which Mr. Ayliff said he knew nothing.  Noted Mr. Ayliff, “We asked the question and the response was no.”

Prosecutors, and Mr. Manafort’s former close business associate, Rick Gates, described Mr. Manafort’s lavish spending habits, his brilliance as a strategist, and his offshore holdings in Cyprus. While there seems little doubt as to the commission of tax fraud, it was up to the jury to decide.

Despite his wealth, or lack thereof, Mr. Manafort did not seek legal advice on the tax mistakes that now cost him his reputation and his liberty, until after allegations against him were lodged.  If you have questions about your own tax filing or regulatory compliance—speak with an experienced tax attorney to ensure your finances and your future do not become front page news.

From offices in Cleveland and Chicago, the tax lawyers at Robert J. Fedor, Esq., LLC can assist you with reporting foreign bank accounts, criminal tax charges, and tax crime.  When you need skilled, strategic legal advice locally or abroad, call 800-579-0997 or contact us.