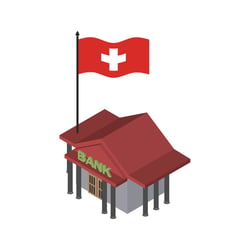 The Internal Revenue Service (IRS) is cracking down on foreign accounts with an iron fist. This was made clear when a former professor at the University of Rochester was not only fined $100 million for failing to disclose foreign bank accounts in Zurich, Switzerland, but was also sentenced to serve time in prison.

Details to Learn From — What Went Wrong: This case involved a professor who specialized in business for over thirty years. The professor pleaded guilty “to conspiracy to defraud the United States and submitting a false expatriation statement to the Internal Revenue Service,” according to a recent report in the Democrat & Chronicle.

According to allegations by the IRS, this former professor hid assets overseas for over 15 years.

More specifically, the IRS stated that he:

In addition to a failure to file proper forms with the IRS, the professor also allegedly failed to file required Reports of Foreign Bank and Financial Accounts (FBAR).

Protect Yourself — Get Legal Counsel: This case serves as a reminder for anyone that continues to either have foreign assets or signature authority over such assets to seek legal counsel. The IRS will attempt to hold those it views as evading taxes accountable. This can lead to hefty fines and, as noted in the case above, potential imprisonment.

It is important to note that foreign accounts are not illegal. If properly maintained, these accounts are ethical and beneficial. However, they must be properly disclosed.