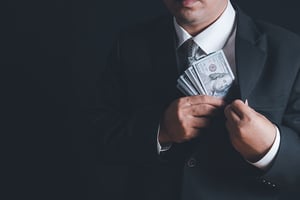 A Florida man was arrested in September on criminal tax charges that stretch around the world.

Born in the states, Mark Gyetvay is a CPA and the longtime CFO of Novatek—the largest, non-state-owned gas producer in Russia. His tenure with Novatek began in 2003, after he had worked as a CPA in the U.S. and Russia for a number of years. To skirt U.S. sanctions imposed on Russia in 2014, Russian President Putin gave Russian citizenship to Mr. Gyetvay.

As part of his compensation package with Novatek, Mr. Gyetvay earned stock-based benefits. According to the Department of Justice (DOJ), Mr. Gyetvay eventually opened two Swiss bank accounts to hold these assets. The DOJ states the value of the offshore tax accounts eventually stood at around $93 million.

Between 2005 and 2016, the DOJ alleges Mr. Gyetvay took several steps to hide and dissuade authorities about his ownership of the foreign bank accounts. At one point, he named his wife at the time, a Russian citizen, as owner of the accounts. The DOJ notes Mr. Gyetvay is himself a CPA, making it difficult to argue ignorance, rather than indifference, of regulations surrounding the reporting of many millions in assets.

During the same period, Mr. Gyetvay failed to file U.S. income tax returns and when he did file, he filed false tax returns. Although the penalties for failure to file FBAR reports are high, Mr. Gyetvay also neglected to submit those reports while at the same time filing a false compliance report through the Streamlined Filing Compliance process with the IRS. During that process, Mr. Gyetvay attested that his failure to file tax returns and FBAR reports was non-willful. The IRS gets very testy with customers that it knows are willfully engaged in tax fraud and purposefully ignoring FBAR reports—and it imposes draconian penalties to prove it.

The Russian News Agency, TASS, reported Mr. Gyetvay, who holds both U.S. and Russian passports, was released on $80 million bail. Kremlin spokesperson Dmitry Peskov has stated Moscow is not likely to interfere in the U.S. matter as Mr. Gyetvay holds citizenship in both countries.

Said Mr. Gyetvay in late September, “…I was indicted for baseless tax charges that I already settled through a voluntary program, and pleaded not guilty. I will vigorously fight these charges and will continue to discuss gas topics as normal.” Let’s hope the charges are baseless, if unsuccessful in fighting the charges, Mr. Gyetvay could be looking at 20 years in prison.