IRS Offers New Procedures to Expats for Relief on Back Taxes 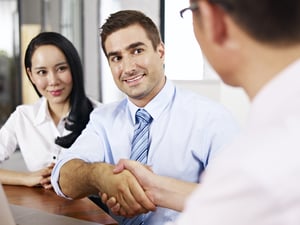 Renunciation of American citizenship is a serious move to be carefully considered for its impacts over a lifetime.  There are many reasons individuals choose to terminate US citizenship, including differences in political views or taking an oath of allegiance to a foreign country.  Treasonous acts also fast-track you out of US citizenship.

That said, US tax law is impacting the actions of many expatriates who have been living abroad for years.  Requirements for tax reporting for US citizens abroad is more complicated than many countries.  For starters, the US taxes on citizenship, not residency.  That means if you are living abroad, you must file tax returns in the country in which you reside and the US.

American citizens living abroad can be taxed on retirement income they are accruing in foreign bank accounts or offshore tax interests. Financial strategies that result in a tax savings in a foreign country could boost the amount of tax required to the US.  US citizens must file FBAR reports on savings accounts.  The corresponding financial institutions must file FATCA reports on those accounts in order to remain compliant with the US. How that works in reality is that foreign banking institutions may not be interested in opening accounts for American citizens because it creates regulatory requirements.

In an instance described in a CNBC report, an American citizen living in France removed her name from joint accounts with a foreign-born spouse, including their mortgage, in order to satisfy the requirements of their bank.  Just as in the States, failure to maintain joint ownership of financial assets can lead to serious consequences in the event of a divorce.

For high asset individuals, the regulatory hoops required by the US can be too onerous and lead to a decision to renounce their citizenship. Notes the IRS, “Relinquishing U.S. citizenship and the tax consequences that follow are serious matters that involve irrevocable decisions. Taxpayers interested in these procedures should read all the materials carefully, including the FAQs, and consider consulting legal counsel before making any decisions.”

New IRS rules may provide relief from some back taxes

Because of the burden of back taxes placed on US citizens living abroad, the IRS has relief procedures for “certain” former citizens.  In September, the IRS announced new rules to apply, the key points of which include:

For expatriates with a significant tax burden owing to US tax regulations, clear information is important. Speak with an experienced tax attorney who is current on tax regulations in the US and the country in which you reside before moving forward.

The legal team at the law firm of Robert J. Fedor Esq., LLC delivers experienced advice and aggressive representation if you are concerned about your offshore holdings or notified of a criminal tax audit or other tax controversy.  Whether you face a personal or corporate tax challenge, we can help.  Call us at 800.579.0997 or contact us today.