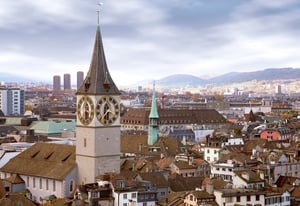 In 2013, the IRS initiated the so-called “Swiss Bank Program.”  The initiative, more or less, offered relief from prosecution for Swiss Banks who became parties to the agreement.  For decades, Swiss bank accounts were known as almost impenetrable foreign bank accounts for those with the means and the motive to funnel their assets into anonymous Swiss tax shelters.   These first secrecy jurisdictions kept funds safe from taxation or attachment as an outcome of creditor, criminal prosecution, or civil and commercial actions.

With time, the US and other governments began to pursue those who held significant offshore holdings without reporting their assets or paying tax revenue on it.  Today, global regulators are still taking stock of the enormous level of wealth that disappears into illegitimate tax shelters, depriving citizens and governments of much-needed and legitimate tax revenue

To combat the secrecy around anonymous Swiss bank accounts, the IRS developed the Swiss Bank Program to identify and prosecute Swiss banks that were sheltering wealth for individual, corporate, and organizational entities.

In order to avoid tax litigation from the IRS, Swiss Banks had the opportunity to participate in the initiative under certain conditions that include:

As time has passed, some signatories to the agreement have either discovered or decided to reveal additional accounts that they did not originally disclose to the IRS.  Since freedom from prosecution is contingent upon full disclosure, banks dealing with secrets can hold onto them and face exposure, liability, and potential ruin, or amend their deal with the IRS, disclose the accounts, and pay the fine.  Bank Lombard Odier & Co., Ltd., of Zurich Switzerland, made the latter choice.

In an amendment to their agreement, Bank Lombard recently disclosed it had additional accounts of US-interest that it knew about, or should have known about earlier. In accepting the admission and amendment, the US collected an additional penalty from the Bank of $5,300,000.  To put that into perspective, the IRS assessed more than $1.36 billion in fines on banks that participated in the Swiss Bank Program.  Bank Lombard had already paid more than $99 million in fines.

The Swiss Bank Program gives the IRS insight into the flow and transfer of funds around the globe, and provides powerful means by which the agency can cross-check the regulatory FATCA and FBAR reports filed by US taxpayers.   If this means you—be sure to speak with your accountant or tax lawyer to ensure you are not caught in an IRS audit of your offshore tax interests.

Serving international and local clients from offices in Chicago, and Cleveland, Illinois, the tax lawyers at Robert J. Fedor, Esq., LLC deliver experienced, discrete legal service if you face a tax crime or have a question about an IRS criminal tax investigation. Call us at 800-579-0997 today or contact us online.