Latest Highlights from the IRS-CI 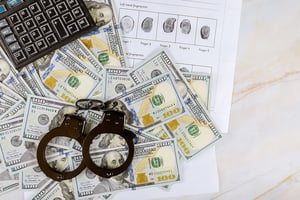 The Internal Revenue Service (IRS) has many departments, one of them being the Criminal Investigation (CI) unit. This department serves the U.S. by investigating criminal financial crimes such as tax fraud, money laundering, identity theft scams, healthcare fraud and more.

You can learn about IRS-CI's processes and latest cases on their website, but we wanted to share some highlights of theirs from the past several years that they recently shared with us:

Below is just a small example of the types of cases in which CI has led or been significantly involved in over the last few years. These cases show the breadth and skill of CI’s Special Agents in various types of fraud and criminal activity that have had significant impacts on the financial system at home and abroad. Despite having 25% less staff over the course of the decade, CI has consistently delivered strong results. An increase in funding would help to add more investigations to the pipeline, ensure more criminals are held accountable, and shore up the global financial system.

Since 2014, CI Cyber Crimes has proportionately grown in both resources and results. Beginning with one Cyber Crimes Unit in the Washington, DC area, CI was able to successfully prosecute some of the first known criminal actors in this space (e.g., Liberty Reserve, Silk Road and Btc-e). These investigations set the foundation and framework for our future efforts. Soon after, CI established a second Cyber Crimes Unit in the Los Angeles Field Office followed by cyber coordinators across the nation and additional support personnel to provide investigative research and analysis.

In FY21, CI was responsible for the seizure of cryptocurrency valued at more than $3.5B. To date in FY22, CI has already surpassed that amount.

The IRS-CI is a busy place. If you believe you have caught the attention of the IRS, speak with an experienced criminal tax attorney soon in order to try and avoid becoming another one of their cases.

Skilled tax attorneys help you in Ohio and Illinois