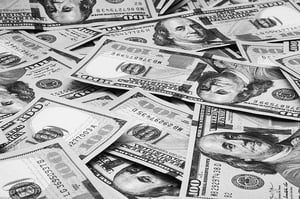 Filing a false tax return with foreign flair, the efforts of oligarch Oleg Tinkov to escape taxation landed him in the number seven spot on IRS: CIs Top Ten list for 2021.

According to lore, Mr. Tinkov got his start as a brewer and serial entrepreneur, trading in electronics, appliances, home furnishings, restaurants, frozen foods, retail music stores, and more. By around 2005, Mr. Tinkov created an online bank, Tinkoff Bank, aligned with his technology business. With no physical branches but leveraging an online presence, Tinkoff Bank became the number two issuer of credit cards in Russia.

In 2013, Tinkoff Credit Services (TCS) launched an initial public offering on the London Stock Exchange. According to the IRS, the offering made TCS a multi-billion dollar company and provided Mr. Tinkov with a payoff of approximately $1.1 billion.

Originally from Russia, Mr. Tinkov became a naturalized U.S. citizen in 1996. Following the IPO, Mr. Tinkov relinquished his U.S. citizenship at the U.S. Embassy in Moscow. At the time, Mr. Tinkov was informed he must file a U.S. Initial and Annual Expatriation Statement. The document records the assets of would-be ex-pats with a net worth of over $2 million. Faced with the required form, Mr. Tinkov told his accountant that his assets were less than the reporting threshold of $2 million. When the accountant questioned his figures, Mr. Tinkov completed and submitted the form by himself, reporting he had a net income of $300,000. Exactly how he thought that rather large fib would fly is unknown. In 2014, he filed a false income tax return, noting an income of $205,317.

Filing fraudulent tax returns is a felony. In October 2021, Mr. Tinkov pled guilty to filing a false tax return. Before sentencing, Mr. Tinkov paid $508,936,184, including the taxes originally due, interest on the arrearage, and a hefty $100 million penalty for tax fraud. Beyond that, Mr. Tinkov was fined another $250,000 and sentenced to time served, plus supervised release.

Mr. Tinkov is one of several Russian oligarchs suffering asset seizure and sanctions due to their proximity to Vladimir Putin, the architect of the Russian war on Ukraine. In April of this year, Mr. Tinkov posted social media messaging critical of the war. The Kremlin swiftly threatened to nationalize TCS if ties with Mr. Tinkov were not dissolved. Taking an offer he could not refuse, the 35 percent ownership of Mr. Tinkov abruptly passed, at a “fire sale” price, to a fellow Russian billionaire.

Currently obtaining medical care for complications of treatment of leukemia, Mr. Tinkov resides outside of Russia and has recently hired bodyguards having been advised his life is in danger for criticizing the Kremlin. The setback and his run-in with the IRS leave Mr. Tinkov a former oligarch, with a diminished net worth in the millions, rather than billions. While tax fraud can eventually be managed with good legal help, crossing the Kremlin cannot.

From offices in Chicago and Cleveland, the tax attorneys at Robert J. Fedor, Esq., LLC help individuals and entities nationwide respond to allegations of criminal tax fraud, IRS audits, and other tax controversies. When you need trusted tax advice locally or abroad, contact us or call 800-579-0997.