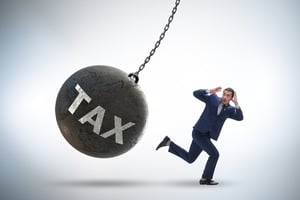 The Biden administration is taking aim at corporations that abusively use offshore tax practices to minimize their tax liability in the U.S. by boosting the budget of the Internal Revenue Service (IRS).

Offshore tax arrangements and the use of foreign bank accounts are not illegal. In fact, compliant use of the structures can protect and grow your wealth. We routinely discuss the difference between compliance and non-compliance, the need for accurate FBARs and the global and regional impact of illicit money flowing unchecked through shell companies and opaque tax jurisdictions around the world.

Just as well known are the habits of Big Tech to relocate corporate assets into tax preferential jurisdictions like Ireland and Luxembourg. Minimizing payment of U.S. and European taxes is the aim and avoiding the long arm of the IRS is the game. The rules of the game appear to be changing.

In April of this year, President Biden announced an agenda and a series of initiatives to bolster the American economy and crumbling infrastructure. Part of the agenda is the American Jobs Plan and the American Families Plan, both of which aim to create decent-paying jobs, support innovation, and boost education. Bold plans need funding and some of that money is expected to be drawn from changes to corporate tax law and the IRS to enable it to again pursue high-wealth consumers and corporations who may be skirting their tax responsibilities.

Also in April, the Biden administration announced support for funding the IRS with an additional $80 billion to be provided to the agency over a ten-year period. While a reduced-power IRS means fewer audits and tax prosecutions, it also means widening of the tax gap as monies that would be collected to run important economic programs and platforms remains uncollected.

The funds are expected to allow the IRS to revisit technology in place since the last century. As well, a reduced budget means the agency has continued to lose personnel and refocus its mandate on fewer, but often high impact, criminal tax investigations. IRS civil audits have declined in recent years as well. Overall, a boosted budget at the IRS will have a strong impact on tax fraud, and of course, increase the number of criminal tax matters it pursues.

The plan is for robust IRS enforcement efforts aimed at tax evasion of high-wealth earners to partially fund programs to improve life and rebuild infrastructure in the U.S. It is a big, important picture.

Bottom line? Now is a good time to speak with a tax attorney if you suspect non-compliance in your business or personal finances. Sooner is always better than later.

Robert J. Fedor, Esq., LLC delivers experienced legal representation to clients throughout the U.S. and abroad on matters of business or offshore tax, bankruptcy, and civil or criminal tax audits. When you have questions about compliance and tax options, call us at 800-579-0997 or contact us. We have offices in Cleveland and Chicago to serve you locally or internationally.