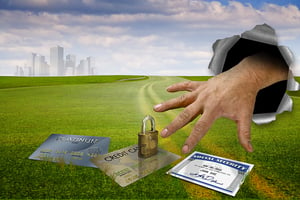 A small crew files false income tax returns and directs refund checks to accounts held in the names of the co-conspirators. Not a terribly catchy caper, and fairly common. A Washington D.C. man took it a little further by involving the identity of a deceased person.

Our tax attorneys offer strategic advice and strong legal representation to individuals who may be facing allegations of tax crime as a result of filing a fraudulent tax return. While schemes to defraud the Internal Revenue Service (IRS) are mainstream, each defendant is different and each situation not quite the same as the next.

In this matter, Devel Lincoln worked with an associate, Stephanie Twyman to file fraudulent tax returns using the names and social security numbers of taxpayers who were not aware their identities had been stolen. From 2010 through 2014, Mr. Lincoln and Ms. Twyman cashed approximately $500,000 in illicit refunds from the IRS. Of that, Mr. Lincoln deposited about $150,000 in accounts under his control.

The charge of aggravated identity theft carries a mandatory prison term of two years, to run with any sentence imposed for the other charges. The maximum sentence for conspiracy is five years, with a maximum of ten years in prison for theft of public money.

Ms. Twyman was convicted on similar charges. However, her involvement also took the form of paying off tellers of a check-cashing business to cash the refund checks from the IRS. She also faces the mandatory maximum prison term of two years, plus sentencing on the other charges.

While some criminal tax charges are brought against unsuspecting business owners or taxpayers, when the IRS conducts a criminal tax investigation, it often involves the commission of tax crime. The best time to manage a tax crime is before the IRS arrives on the scene.

If you are aware your business has a payroll tax issue, or if you are quietly cashing fraudulent refund checks or other questionable tax practice—speak with an experienced criminal tax lawyer. Two years in prison—or more—is reason enough to get out ahead of charges before they eventually crash you, your career, and your reputation.

Skilled law firm helps you with tax litigation and other financial challenges in Cleveland, Chicago and abroad

Providing tax representation following allegations of tax crime, an employment tax dispute, or other tax controversy, the legal team at Robert J. Fedor, Esq, LLC, robustly meets your personal and business needs. Serving clients in Chicago and Cleveland, our legal team can answer your questions today. Call us at 800-579-0997.