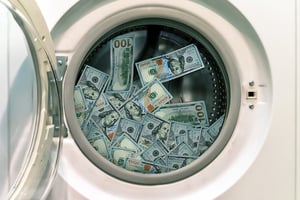 A former Swiss banker faces a life in exile after conviction on charges of commercial espionage after he reportedly sold details about German tax evaders to government officials.

Referred to as “Rene S.,” the banker, who is a native of Basel, on the Swiss border, was also found guilty of money laundering and sentenced to three years and four months in prison, along with a roughly $128,000.00 fine.

Although a Swiss citizen, Rene S. eluded arrest while in Switzerland and reportedly moved to a small town in Germany.  Perhaps not surprisingly, Mr. S. chose not to attend the court proceedings held in Bellinzona, Switzerland.

Mr. S. is a former employee of UBS Group AG.  The Swiss bank is a multinational financial services and investment banking firm with a global reach.  Mr. S. was employed by UBS Group between 2005 and 2012.  During that time, he was convicted of secretly collecting data on German tax evaders—at least 200 clients, including some 30 family foundations.

With covert data in hand, Mr. S. sold the data collection for a tidy sum – the equivalent of $1.3 million – to German tax authorities.

For years, Swiss banking and financial institutions have been targeted by the US government for opaque banking practices that allowed high wealth individuals to quietly transfer assets into foreign bank accounts and offshore tax havens.  According to reports, Swiss financial and other interests have paid billions of dollars in penalties to settle claims that it colluded with investors and other banks to hide wealth.

Switzerland and Germany have long been at odds over the dissipation of German wealth into hidden Swiss accounts. The information sold by Mr. S. to German authorities helped support German claims against USB for aiding German tax evaders.  In 2014, the USB Group paid approximately $300 million to settle those claims.

In return, Switzerland and the USB Group prosecuted Mr. S. for selling the information to German authorities. While Mr. S. was convicted on charges of espionage and money laundering, he was acquitted of violating strict Swiss banking laws, which would have substantially boosted the prison sentence he was handed.

The adoption of transparency pacts between financial institutions and governments helps stem the loss of tax dollars into secrecy jurisdictions.  In the US, FBAR and FATCA reporting requires taxpayers to report offshore holdings.

In the case of Mr. S., it is not likely he will be extradited to Switzerland, and he may yet appeal his conviction.  In the meantime, his tax crime led to the discovery and prosecution of far more significant criminal tax fraud, and supported the drive by German authorities to reduce tax evasion.  Sometimes, it seems, crime does pay.

The law offices of Robert J. Fedor, Esq., LLC provides strategic legal representation on civil and criminal tax charges and other tax controversy.  When you become aware you are under investigation, or receive a notice of an IRS tax audit, call us at 800-579-0997.  We serve clients nationwide from offices in Chicago and Cleveland.