The End of One Nationwide Tax Fraud Seminar Scheme 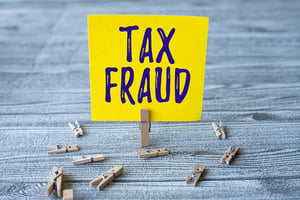 Though most of them today have gone virtual for the time being, seminars are a great way to experience interactive learning on a topic, hosted by a dynamic speaker. Unfortunately, there's always that little nugget of uncertainty going into one--you never know if it's being run by scammers just look getting to rich while committing fraud at the expense of trusting people.

Recently, one such seminar came to an end. Several individuals plead guilty to conspiring to defraud the U.S. by promoting a nationwide tax fraud scheme through seminars they hosted across the country. They also plead guilty to preparing and filing false tax returns for the individuals they recruited into the scheme. The most recent to plead guilty in this case is Mehef Bey.

From the Department of Justice Release:

According to court documents, Mehef Bey, also known as Arthur Daniels, of Charlotte, promoted a scheme that involved recruiting clients and preparing false tax returns on their behalf by convincing them that their mortgages and other debts entitled them to tax refunds. Between 2014 and 2016, Bey and his co-conspirators held seminars across the country to publicize the scheme. As part of the scheme, Bey and his co-conspirators helped prepare and file tax returns for the participants, which collectively sought more than $64 million in refunds from the IRS. These tax returns falsely claimed that banks and other financial institutions had withheld large amounts of income tax from the participants, thereby entitling the clients to a refund. In reality, the financial institutions had not paid any income to or withheld any taxes from these individuals. To make the refund claims appear legitimate, however, Bey and his co-conspirators filed tax documents with the IRS that matched the withholding information listed on the tax returns, making it seem as if they had been issued by the banks.
As part of his plea, Bey admitted he and his co-conspirators charged their clients approximately $10,000 to $15,000 in preparation fees for each tax return. Although Bey personally received more than $1 million for his role in the scheme, he did not file tax returns for the years 2015 and 2016 to report this income. For 2014, Bey filed a false income tax return on which he claimed a tax refund that he was not entitled to receive. On this return, he also did not report his income from promoting the scheme.
Bey also admitted he and his co-conspirators concealed their roles in the scheme by, among other things, indicating the false tax returns had been “self-prepared” and coaching the participants how to conceal the scheme from the IRS.
Bey’s sentencing will be scheduled for a later date. He faces a maximum penalty of five years in prison for conspiring to defraud the United States and three years in prison for each of the two counts of aiding and assisting in the preparation and filing of a false tax return. He also faces a period of supervised release, restitution, and monetary penalties. A federal district court judge will determine any sentence after considering the U.S. Sentencing Guidelines and other statutory factors.

Tax fraud is more than just a mistake; it is a willful attempt to get out of tax obligations. There are many kinds, all with penalties, and without proper advice and guidance, it’s easy for a small matter to spiral out of control. So it’s important to not take a tax fraud charge lightly and get professional help quickly.