The Promise and Problem of Offshore Tax Havens 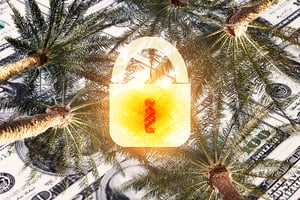 Offshore financial centers offer options to people and governments interested in protecting and growing their wealth. Some promote tax fraud, while others do not.

Tax havens can be found all over the world. Some are offshore, like the Cayman Islands, the British Virgin Islands, or Hong Kong. Countries like Switzerland, the Netherlands, and Luxembourg are also tax havens. A couple of very popular tax havens are stateside—in Delaware and Wyoming.

A tax haven, whether island, country or state, can be developed in order to promote domestic and foreign investment and nurture long-term commercial growth. These tax havens may offer a lower tax rate to local and multinational corporations in order to attract their business. The tax rate offered may be regionally lower—but still competitive. The aim is to boost financial stability and improve economic security in the long term. This type of tax haven attracts and then generates economic activity.

Other tax havens, or secrecy jurisdictions, offer a very low tax rate or dispense with tax altogether. This type of non-competitive tax haven pulls clients and businesses from surrounding countries that have higher tax rates and greater compliance requirements.

Celebrities, large companies, and the wealthy are attracted to secrecy jurisdictions. In these settings, financiers set up shell companies that do no business other than to quietly and anonymously hold the assets and wealth of those wishing to hide their wealth. Investors pay little to no tax. Money moved between shell companies washes around the globe to lose association with its original source—which could be drug trafficking, criminal enterprise, or money stolen from governmental coffers.

Having a shell company is not illegal—unless the assets that it holds are. Shell companies are frequently named owners of expensive real estate, homes, yachts, or airplanes.

Problems arise when companies, countries, or individuals use shell companies to launder money or avoid taxes otherwise due in surrounding or distant countries. American big business is notorious for incorporating into low-cost European tax havens like Ireland and Luxembourg. While companies can claim they pay taxes, they are not paying taxes where they are legitimately owed.

Switzerland is well-known for its “secret” foreign bank accounts. For years, wealthy Americans avoided paying taxes on their wealth through numbered Swiss accounts. A strong push by the U.S. Treasury partly changed this longtime practice by requiring foreign banking institutions to annually file a Foreign Account Tax Compliance Act (FATCA) report on all accounts owned or held by American taxpayers. Similarly, American taxpayers with qualifying holdings in foreign banks must file a report of a Foreign Bank and Financial Account (FBAR).

The IRS compares these reports and levies significant fines and penalties on foreign institutions and U.S. taxpayers that fail to report their assets accordingly.

With greater compliance efforts, investigative journalism, and more buy-in from global tax agencies, the scope of illegal tax havens and their practices is becoming better known. Depending on your goals, there is a tax haven out there for you—be sure to speak with an experienced tax attorney to make sure you understand the big picture.

Speak with our experienced tax attorneys about offshore options, tax litigation, and compliance

Serving local and international clients from offices in Chicago and Cleveland, the legal team at Robert J. Fedor, Esq., LLC helps you respond strategically to goals to build and nurture wealth as well as respond to allegations of tax fraud, or tax crime. Call 800-579-0997 or contact us today.