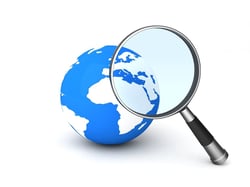 Here in our tax law blog serving readers in Chicago, Cleveland and across the U.S., we have repeatedly reported on the Internal Revenue Service’s attempts to crack down on tax evasion. One of the more publicized efforts has been the agency's pursuit of U.S. citizens with assets in other nations.

The focus so far has been on suspected tax evasion by holders of accounts in Switzerland's banks, but that is about to change, the head of the Internal Revenue Service’s Criminal Investigation Division said recently. The IRS is looking at "a bunch of other countries," Richard Weber said.

Weber's division has worked with other federal agencies to pressure Swiss banks to hand over financial data on U.S. citizens.

The fanning out of IRS efforts is to track down money apparently moved by Americans out of Switzerland to avoid taxes. A tax attorney with a Washington DC firm speculates that the wider focus will include special attention on overseas banks in Israel and parts of Asia.

He said there are Israeli banks identified by the IRS as havens for tax evasion attempts and that not all of those institutions have resolved those matters.

The lawyer also pointed to a Singapore bank that might be under investigation.

One of the reasons for interest in the banks are the "leaver lists" the Department of Justice was given by Swiss banks. Names on the list are of accounts that closed since August of 2008, as well as transfers from those foreign bank accounts.

Taxpayers who wonder how IRS efforts might affect them and who wish to become FBAR (Report of Foreign Bank and Financial Accounts) compliant can contact Robert J. Fedor, Esq., LLC.  Learn more about reporting foreign assets by clicking below.