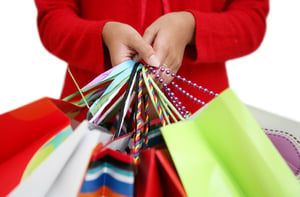 Luxury brand Gucci agreed to pay a record settlement to Italian authorities to settle charges of tax fraud and evasion.

Founded in Tuscany in the early 1920’s, Gucci built its brand on high-quality leather goods, later expanding into handbags, shoes, and textiles.  The company has had its ups and downs, turnarounds, and intrigues along the way.  The latest of those intrigues involves the current owner of the Gucci brand, the French luxury products group, Kering, and allegations of an unpaid tax bill of over $1 billion.

It has been a sore season for Kering as regulatory authorities have pursued tax litigation on several fronts.  In addition to police raids on Gucci offices in Florence and Milan, a Swiss subsidiary owned by Kering, Luxury Goods International, has also been accused of tax crime.

The background problem may sound familiar.  Kering is accused of funneling revenues through regions with preferential tax laws, thus avoiding high taxation rates in places like Italy. As we discussed earlier, the EU’s Organisation for Economic Cooperation (OECD) is negotiating new tax laws that require multinational companies to pay taxes to countries where their revenue is earned.

While paying a fine of over a billion dollars is never a great line item in an annual report, it could cast a pall over Gucci’s economic turnaround in the last several years.  Recasting itself in an era of growing environmental awareness and social justice, the brand could see itself blasted as just another greedy corporation taking advantage of foreign bank accounts and back-office business offered by secrecy jurisdictions.

After Gucci paid the $1.4 billion settlement in May, authorities promptly initiated investigation into salaries paid to top executives of the company.  According to reports, some employees could owe tax liabilities in the millions of euros.

There is no doubt that luxury brands, like soccer stars, are attractive, obvious targets for tax authorities.  As the EU closes in on new tax policies concerning tech and other high-earning companies, scrutiny of companies and individuals of high wealth is likely to intensify.

For corporations, family foundations, or individuals with significant wealth invested in offshore and other interests, it is worthwhile to consider a review of your tax and reporting processes to avoid the kind of tarnish that is going around the EU these days.  While record earnings are a great brand boost—paying a history-making settlement for tax crime does not have the same cachet.