Use of Shell Companies and Swiss Accounts Send Professor to Prison 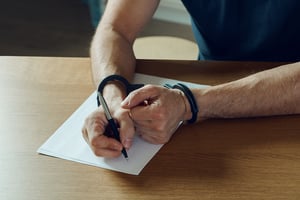 An esteemed university professor--renowned as an expert in organized crime, author, and consultant to the Federal Bureau of Investigation (FBI) and the United Nations--yielded to the siren song of tax fraud and is headed to prison.

We wrote earlier on the interesting case of Dr. Bruce Bagley, a professor at the University of Miami who is a recognized expert in drug trafficking, money laundering, and corruption. Throughout his career, Dr. Bagley worked to identify, discuss, and try to deter the bribery and drug trafficking that impoverishes countries in Latin America, like Venezuela. Yet, when given the opportunity, Dr. Bagley played the shell game and ultimately lost.

According to the Department of Justice (DOJ), in late 2016, Dr. Bagley opened a Florida bank account for a company that he owned and controlled. The account was quiet for about a year when regular deposits from the United Arab Emirates began to arrive on a routine basis. For about a year, Dr. Bagley received about $200,000 per month to the account. Each month, he withdrew about 90 percent of the funds and transmitted that money to another recipient in the form of a cashier’s check. The remaining ten percent each month was shuttled to his personal account. In just less than a year, Dr. Bagley had netted $2.5 million for very minimal effort.

Like many offshore tax dodges and secret foreign bank accounts, the shell company scam of Dr. Bagley is a well-known scheme. Moving money quietly around the world through shell accounts eventually disguises the origin of the money and its potentially criminal origins. In this case, Dr. Bagley was laundering money for a Columbian who had obtained the funds through bribery and embezzlement of monies from Venezuela.

Although his actions literally flew in the face of his life’s work, Dr. Bagley not only laundered the money, but opened a second account to increase the amount of money he was able to wash for his criminal counterparts. Evidence produced by prosecutors detailed Dr. Bagley’s longtime association with Central American political and criminal figures.

Following his arrest in late 2019, Dr. Bagley said he was not worried, and that he was not guilty. In June 2020, Dr. Bagley pled guilty. At his sentencing in November 2021, he struck a different tone, noting “I am ashamed of my irresponsible behavior.” The turnabout on his plea may have saved him from serving more than the six months in prison to which he was sentenced.

In poor health at 75, Dr. Bagley will serve his prison time in a federal medical facility. During the ordeal of his arrest, his wife of many years passed away as the life they had built together crumbled. Perhaps in the case of Dr. Bagley, like a moth to a flame, his longtime research led him just a little too close to the individuals and environment that would eventually destroy his wellbeing.

Serving local and international clients from offices in Chicago and Cleveland, our experienced tax lawyers at Robert J. Fedor, Esq., LLC help you respond strategically to questions about IRS audits, payroll tax issues, or allegations of tax crime. Call 800-579-0997 or contact us today.