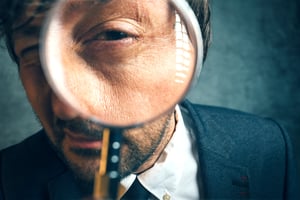 Of interest to readers in this space is the almost perfect storm created by Beverly Hills resident, Teymour Khoubian  with regard to FBAR reporting and FATCA requirements.

According to the Department of Justice (DOJ), Mr. Khoubian possesses significant wealth.  He and his mother were joint owners on several accounts at Bank Leumi in Israel that held at times between $15 and $200 million.  As well, Mr. Khoubian had money in a German bank, Commerzbank AG.  During the tax period between 2005 and 2011, Mr. Khoubian did not accurately disclose these accounts, or the interest income he earned from them.  The DOJ points out the account in Israel paid out about $4 million in interest between 2005 and 2010.

While the ownership of offshore tax accounts is not a crime, failing to report them can be.  Particularly sticky for Mr. Khoubian is evidence gathered through an IRS criminal tax investigation that turned up the following points:

This narrative, though unfortunate, again drives home the need to stay on the right side of your FBAR reports and to contact a tax attorney experienced with criminal tax defense in the moment after you learn the IRS is interested in you or your wealth.  Mistakes and errors happen, but it is difficult to undo a lie to the IRS.  If you get a call from the IRS, get experienced legal help.

If you have an offshore tax question, or are facing a civil or criminal tax audit, our tax lawyers can help.  Serving international and domestic clients from offices in Chicago and Cleveland, we provide confidential, smart solutions to tax allegations involving private wealth or corporate assets.  Contact us or call 800-579-0997 today.